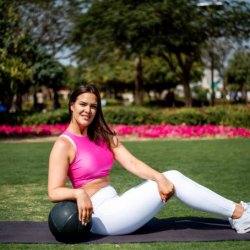 Næste indlæg
In 2019 I reached three long term goals that I've been working towards for years. I got a new c

I’ve shared a lot of myself here on the blog through the years. Feelings, experiences, hopes & dreams. I shared how I fought stress and anxiety and won. It was surprisingly easy to share because at the time I started this blog, I had already overcome it and I felt like sharing my story could help someone who found themself in the same situation.

What I’m about to share now, however, is something I’ve been genuinely nervous about sharing. I wrote this blog almost two months ago, and since then it’s been waiting in my “drafts” folder. I decided I would share my story in January 2020, but now that the time is here, I still don’t feel ready.

The thing is, throughout the first years many of writing this blog, actually all the way up until some time around the beginning of 2017, I was fighting another fight that I didn’t share with you. To explain why I couldn’t share this with you before, and why I’m only (kinda) ready now, I need to go back to the beginning…

I won’t go into too much detail, but growing up I didn’t have many friends and was always told that I was too much, too loud and that nobody liked me. If enough people tell you this, you start believing it. You learn to accept being treated like you’re “less than”. It hurts your soul and unfortunately, it can stay with you for the rest of your life.

Being bullied in childhood can be unbelievably difficult to ever recover from. I guess if you’re brave enough to speak up and ask for help, maybe things can get better early enough not to leave deep scars. In my case, I felt ashamed of it and so I chose to keep it all a secret from my parents and others who might have been able to help. I believed that it was me, that I needed to change to make people like me. I became more introverted and the feeling of not being worth anything was building up inside of me. I had a lot of confidence in myself and my abilities, but no core confidence or sense of my own personal worth. Every day in school was a battle. I hated the breaks, skipped as many classes as I could and didn’t go on school trips if I could avoid it. I would often lie and pretend I was sick so I could stay home.

One day my class teacher made all of us write two lists: one list of the students in the class that we liked, and another with the students that we didn’t like. Afterward, she sat me down and told me: “Nobody likes you. That’s what they all said.” A fact I was very well aware of since I was always the one who sat alone in the breaks and the one who didn’t have a partner when we were told to partner up in class.

The empathetic part of me wants to believe that this teacher was just really bad at her job and that she probably didn’t have the skills to help a child like me find her place amongst the other kids. Thankfully I did have friends outside of school, and that kept me going. But when I’m looking for a reason for feeling so worthless for so many years, I feel like my school years played a big part in that.

I think I was around 14 when I first started to eat to feel numb. I remember eating until I couldn’t move because that was the only way I didn’t feel the pain of being an outsider. I gained a lot of weight during that time. I was a VERY skinny kid up until this age, and a few extra kilos looked good on me. So no-one noticed. But things got worse, and I kept gaining weight. From age 14-16 I believe I gained around 30 kilos total.

A Way To Have It All

I decided I had to do something. To stop eating wasn’t an option, it had become my coping mechanism. My way to deal with the pain on the inside. So instead, I made myself sick after eating too much. I sort of knew it wasn’t the best thing to do, but at the time it felt like a way in which I could have it all: I was able to numb my pain with food, without gaining more weight.

I have never been diagnosed with an eating disorder or bulimia nervosa. Most of the time my bingeing and purging didn’t happen frequently enough that I would qualify for the diagnosis. Sometimes it was multiple times per day or week, other times only a few times per month or even less.

My disordered eating habits included binge eating and emotional eating, and from around the age of 16, I would almost always try to make myself sick after overeating to make sure I didn’t gain too much weight. The only exception was when I was surrounded by people and wasn’t able to do it secretly. However, not being able to purge after didn’t stop me from eating. I couldn’t be at social events without only focusing on the food.

I felt like eating was my only way to escape the anxiety. I was always afraid that people didn’t like me. I had no foundation of love for myself and the more weight I gained, the more self-conscious I felt in social situations and the more I would eat to comfort myself.

I knew making myself sick wasn’t healthy for me as I felt the side-effects such as dizziness and no feeling of fullness after a regular-sized meal. The more I did it, the more I had to eat afterward to feel normal again. It was awful, but I had no other way of reducing my anxiety and numbing my feelings.

As I got older, I also started binge-drinking. I actually believe that’s the combination that really triggered my anxiety to develop. Yes, I had a stressful job that may have pushed me over the edge. But binge drinking, binge eating, purging, restricting, over-exercising (cardio) and self-loathing is a powerful combination of self-sabotage. It put a lot of stress on my mind & body, and eventually, I broke down.

After taking 2 months off (I remember very little from this time) to focus on recovering from stress and anxiety, I felt a lot better. I also stopped drinking alcohol around that time, and I found that light exercise and healthy food made me feel better. For a while, I was very careful not to do anything that made me stressed, and for a while, my disordered eating ceased.

Shortly after, I decided that I would like to compete. I needed to do something to show myself that I was capable of doing something cool. I found some sort of temporary peace in fitness and competing, in working towards a goal and in having strict rules for myself. It worked well for a short while. But my inner demons were still there, and I got thrown off course too easily. I had too many emotional issues and couldn’t stop my binge eating habits. Even though it didn’t happen all the time, I had too many occasions where I tried to reduce my anxiety with huge amounts of food followed by an episode of “making up for it” by making myself sick. And as you may have guessed, that’s just not a good way to get in shape. It puts the body under too much stress in an already stressful situation.

That’s why I’ll never say that fitness or competing caused any of my issues. I think most people that develop eating disorders do it because of a lack of core confidence, not because they’re dieting for a show. Indeed the industry might attract a lot of people dealing with low-self esteem (myself included) but the reason for my disordered eating goes way back to before this time. I know that now. 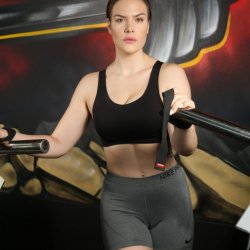 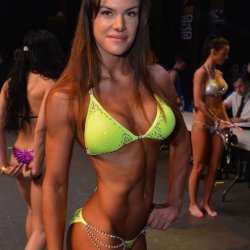 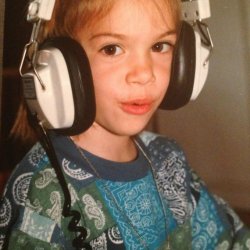 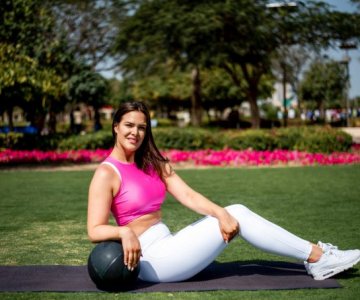 In 2019 I reached three long term goals that I've been working towards for years. I got a new car I moved into a new …
Read more